Yume Nikki Fangames Wiki
Register
Don't have an account?
Sign In
Advertisement
in: Fangames, English Fangames, Fangames Made in RPG Maker 2003,
and 2 more

Unduhagge is an English Yume Nikki fangame created by Reprobus. It was made in RPG Maker 2003 for Dream Diary Jam 4.

Unduhagge is a traditional fangame. The player can enter the dream world by putting on a music track on the laptop and falling asleep on the sofa. The goal is to explore and collect effects. The player can save at any point from the menu.

You play as Mina Mori, who has isolated herself in her apartment following the death of her fiancee Aurelius. Left with just his poetry and her old laptop, Mina finds her dreams have begun to not only change but be dominated by the strange phrases in her fiancee's poems. 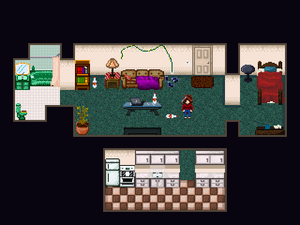 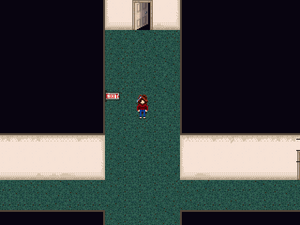