Yume Nikki Fangames Wiki
Register
Don't have an account?
Sign In
Advertisement
in: Fangames, English Fangames, Fangames Made in Godot,
and 4 more

Moonday is an English Yume Nikki fangame created by Prifurin for Dream Diary Jam 4. Originally made in OHRRPGCE, the latest version was created in Godot.

The story follows the adventures of a cow girl named Ushitsuki who encounters a crashed UFO with an alien in it, who appears to be using technology that condenses dreams to power the space ship engine. To help the alien repair the UFO and fly home, Ushitsuki needs to collect the condensed dreams/"Objects" hidden in her dream world. 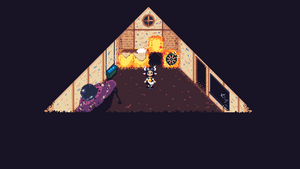 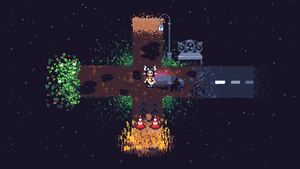