Yume Nikki Fangames Wiki
Register
Don't have an account?
Sign In
Advertisement
in: Fangames, Fangames With Endings, Released in 2014,
and 4 more

Asleep is a traditional English Yume Nikki fangame by Rimururu. It has multiple endings, some unfinished, and was developed in RPG Maker 2003.

The player explores Ametsuki's dreams, which contain hints on the consequences of her horrendous actions in the past, and collect effects. The dream world can be accessed by sleeping in the bed.

The player can save using the open book on the table. Bugs in this game are partially intentional, others are unplanned.

According to the readme.txt file, Ametsuki is suicidal, and murdered those who pushed her to her breaking point. After locking herself in her apartment and planning her death, the consequences of her actions begin manifesting in her dreams.

The sprites of the effects are matched to their names judging by their appearance only. 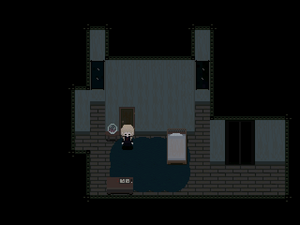 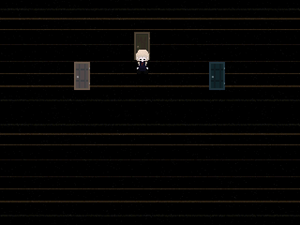